One Goal Enough For Only Second Win Of The Year On a bright but breezy afternoon at Shielfield, Berwick Rangers claimed only their second victory in 2018, the other also being against Cowdenbeath at Central Park almost three months earlier.

The home side made one change to the eleven who kicked off v. Stenhousemuir in midweek, Declan O’Kane for Steven Notman. In the latter’s absence, Darren Lavery assumed the captaincy. Up front for the visitors was former Berwick player Jordyn Sheerin. He managed to get in one decent second half header but for the most part was comfortably chaperoned by Jamie Todd.

On Cowdenbeath’s first touch of the ball, Bryan Gilfillan booted it high sparking fears of another game of aerial ping pong. It didn’t quite turn out like that but in truth, this was a poor match between the SPFL’s bottom two.

On his second surge up the left in the 11th minute, Jordan Orru won the game’s first corner. Lavery’s kick was of no great height but it still evaded everyone else before reaching Todd, alone at the far post, who nodded in his first goal as a Berwick Ranger. 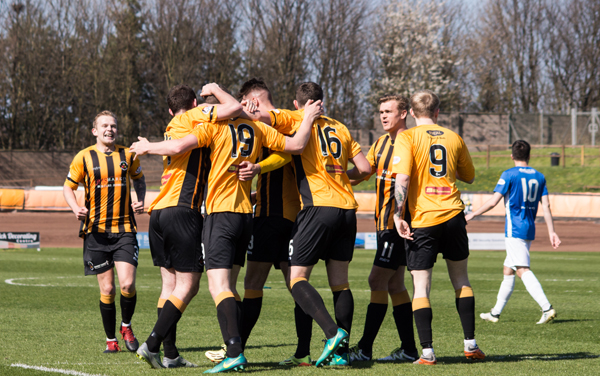 Having put through a couple of good balls to Jack Hamilton ( offside ) and Aaron Murrell ( tackled ), Berwick lost Keiran Stewart with a calf strain after 35 minutes.

The wind didn’t help Cowdenbeath’s cause in the first half. One ball ended up over the perimeter wall at the bottom end of the ground whilst it carried Jamie Pyper’s touchline cross on to roof of Sean Brennan’s net without any other player getting near it.

The Blue Brazil introduced two new faces at the beginning of the second half and for a while, they exerted some mild pressure. Robert Wilson blocked Sheerin as he ran on to a well judged pass from Brad Smith and Brennan moved quickly to the edge of his box to aid Wilson, facing goal, who had Sheerin breathing down his neck.

However, it was Berwick who really should have scored again around 65 minutes. Hamilton back headed the ball Steven Thomson’s way but with the cover beaten, he gifted it to keeper David McGurn’s left foot.

The Fife team eventually won a corner in the 70th minute. Taken by Fraser Mullen, it led to two headers, the second by Ben Reilly finishing over the bar.

Lavery, who in the first half had beaten two men with some dazzling midfield footwork, now helped Orru locate O’Kane but his weak shot posed no difficulties for McGurn. When the visitors countered after another home attack broke down, Todd again showed class in the way he cut off David Cox. 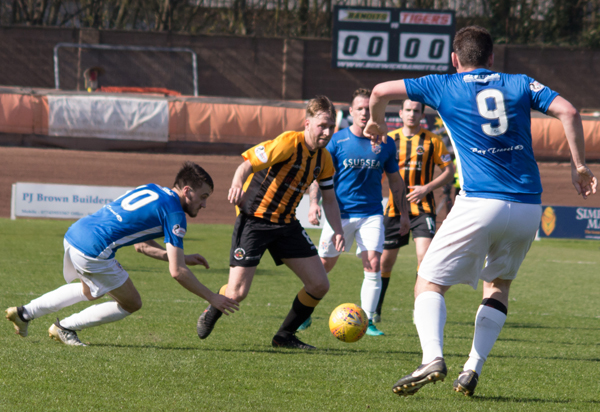 To add to the visitors’ woes, the only yellow card went their way, too. Smith went in the book for kicking O’Kane in the closing minutes.