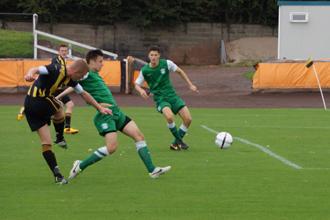 The programme, costing £2, was a one-off special edition kindly sponsored by Almondvale Programmes of Edinburgh. Hibs won the match 1-0.

Four days later, Berwick Reserves were at home again, this time in the SPFL Reserve League. They beat Cowdenbeath Reserves 2-1 in a match of high quality. Josh Morris and Ross Brady scored for Berwick.