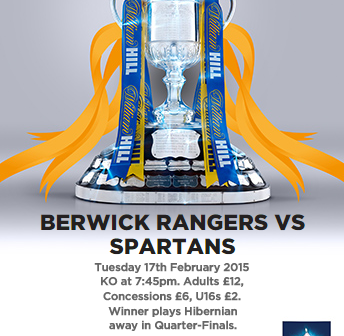 Admission prices are as for normal league games viz. adults £12, concessions £6 and under 16s £2. The winners will be away to Hibernian in Edinburgh in the 6th Round.

The posters are based on a template produced by the Scottish Football Association and competition sponsors William Hill. Some are already on display in shop windows, pubs and other public places in Berwick.